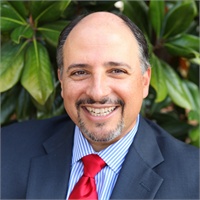 Hugo A. Marrero Jr., CFS ® is president of Marrero Wealth Management, LLC and is certified as an Investment Advisory Representative. As a Certified Fund Specialist, Mr. Marrero joins the ranks of the less than 1% of all advisors in the United States that have achieved this designation according to the awarding entity, the Institute of Business and Finance (IBF). He holds his Bachelors of Science degree in Finance from Louisiana State University and has been faithfully serving his clients since 1988. He currently holds the following securities licenses: Series 6, Series 7, Series 22, Series 63 and Series 65. While serving clients from coast to coast, Mr. Marrero approaches every single client with the same "core four" strategy, which has served him well since 1988 and which he credits for having a pristine compliance record. He has been engaged with ProEquities since November 1999 and has always been a Top 100 Advisor. Hugo is currently a ProElite member. Marrero Wealth Management is a "boutique" wealth management firm which has adhered to a healthy account minimum since 2001. He is very involved with a few charities and foundations, one of which he volunteers about two months of his time each year since 2009. His parents being from Cuba, he is first generation in the United States. Hugo is a born and raised Baton Rouge “Tiger Fan”. Hugo and his wife, Robin, have two sons, Christian and Michael.